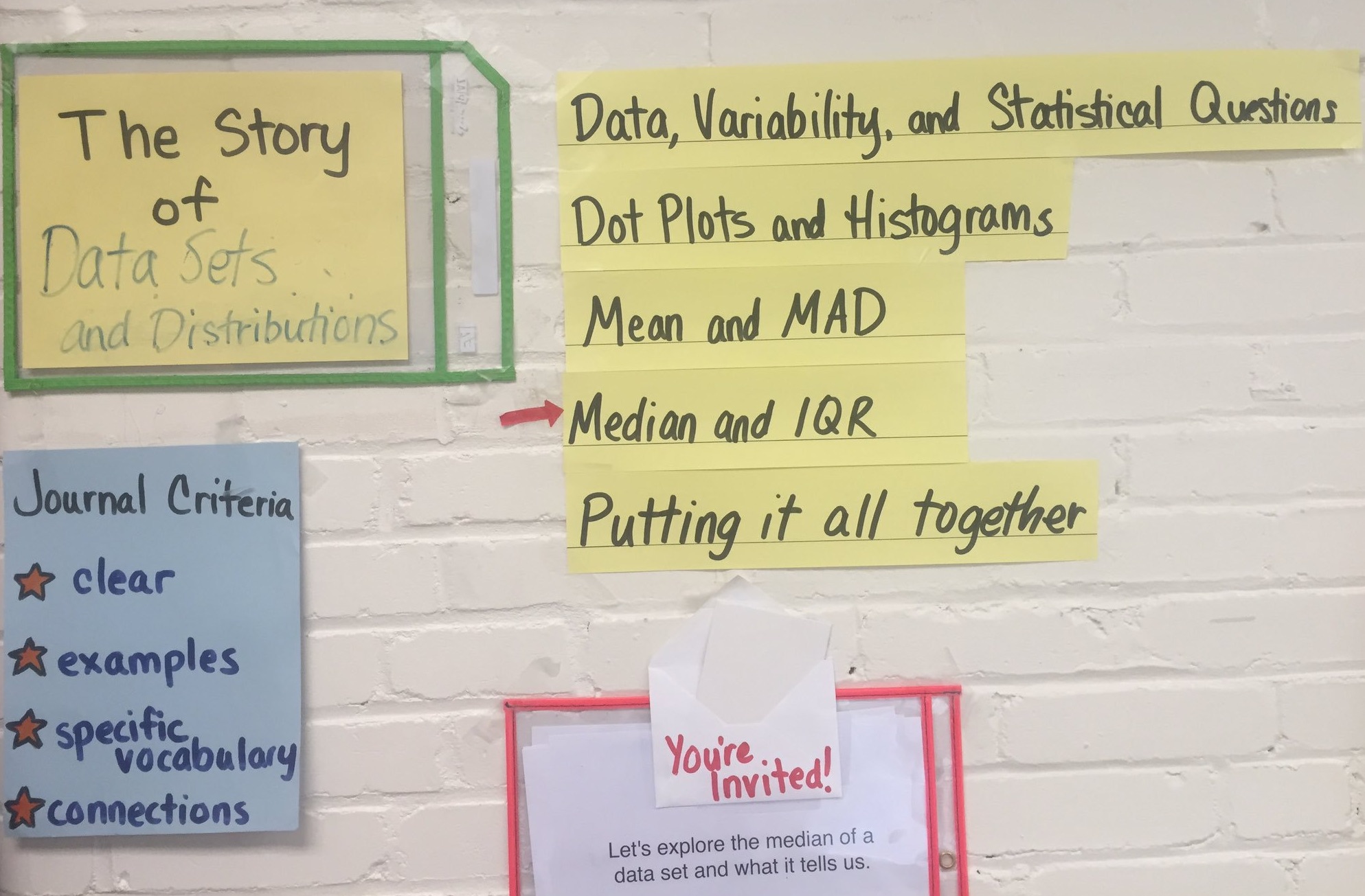 A coherent curriculum stresses mathematical connections, through a deliberately authored pathway, and intertwines these fundamental elements of proficiency.

…but enough with the educational buzzwords! For me, the significance of a coherent curriculum and classroom experiences feels intensely personal. I think it’s what drove me into teaching. It showed me how being an educator can be a creative profession, at its very core, even with testing mandates and ed reform.

From 10th through 12th grade, I attended a progressive independent school with block scheduling, and 5 week marking periods. Instead of “11th grade US history,” we were invited to choose from a wide array of department offerings (*see note at bottom) like dissent in American history, Cold War, and ConLaw (Constitutional Law, famously taught by a teacher with a J.D. who hosted field trips to the court room). After fitting some of the more enticing options into the puzzle that was my junior year schedule, I struggled to find room for my 4th history credit. There seemed to be only one option that worked: “American West.” Ugh. I pictured cowboys and skirmishes and coughing through clouds of dust. I could not imagine a less appealing US History class.

After dreading the class for months, I found myself surprisingly engaged on the first day as we analyzed Turner’s Frontier Thesis. We then used Turner’s thesis as a lens while reading other primary and secondary sources: did these texts support Turner’s thesis? …contradict it? What particular events shaped the character of the West, and how are the characteristics of the West mirrored in modern day structures? What can we take from Turner’s thesis and apply to our understanding of present day?

The Frontier Thesis served as an anchor throughout our 5 week class, and everything felt connected. Everything made sense. Everything felt coherent. Against all odds, the American West ended up being one of my favorite classes junior year.

Later, as an undergrad attempting to select a major, my father offered me some unorthodox advice: shop around in many departments, and choose my major based on what professors I enjoy. Then try to take as many classes with these professors as you can. (My family clearly does not treat a liberal arts education as pre-professional.)

So that’s how I ended up with a B.A. in American Studies. My favorite professors were astoundingly eloquent, and expertly contextualized literature and essays in a rich historical base, weaving everything together under one big theme. I credit Steve Whitfield’s course on Individualism in America, anchored on the Philip Slater text Pursuit of Loneliness (1970), with reinforcing my love of coherence, and also forcing me to examine some major issues I faced in my own life. Coherent educational experiences emphasize connections, and thus can help us make personal connections.

I worked totally unsustainable hours as an elementary classroom teacher in pursuit of coherent curricula. I thought long and hard about how to frame lessons, units, the year… how to connect all of the various working parts and subject areas in my classroom as possible… how to stress and illuminate big ideas about the human experience. (Such ambition!) Then, I transitioned to my current role as a math specialist. I became fascinated by the coherence possible looking at the continua of learning from primary years to upper elementary to middle school. There are so many different ways to build understanding! So much to explore! 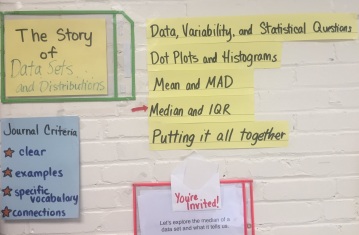 Last year, I felt like I was really hitting my stride with coherence in math as I piloted the sixth grade Illustrative Mathematics curriculum (in the second half of the year). Each unit told a story, and the stories built. There was coherence within a lesson, and within units, and within a year… and I didn’t need to spend 80 hours a week developing it! Extraordinarily talented authors, like Kate Nowak (@k8nowak) and Ashli Black (@mythagon), were already chief architects of a coherent journey through the common core standards.

Some of these units shaped my own understanding of the content in new ways. Instead of teaching mean-median-mode, I focused on understanding graphic representations, which left students begging for a way to measure central tendency more precisely. We explored mean, and parlayed that into an understanding of mean absolute devision. However, this left some students unsatisfied, after exploring a few contexts for which mean as a measure of central tendency felt misleading, transitioning us into our study of median and interquartile ranges. Everything made so much sense, and no one confused mean and median. The story of data sets and distributions had the same narrative drive as a novel, with some suspense and purpose and resolution.

Of course, I don’t think that one curriculum is the answer, but more and more I celebrate designing and facilitating coherent experiences. Kate Nowak did write a beautiful blogpost about honoring coherence and deliberate curriculum choices.

Bill McCallum, author of the Common Core State Standards and founder of Illustrative Mathematics, also wrote this series of posts:

As I plan for this year, I am thinking more and more about how to plan for coherence as much as I can, so that maybe my students can experience some of the beautiful lightbulb moments I experienced in my American West course. I want to help students make sense of the math, and of our world, the good at the bad.

Students collect and analyze data to talk about important issues of representation. pic.twitter.com/o0f9qkFHp2

*Seriously, if you have some free time and do not mind entering a wormhole, look at my high school’s current course offerings. There are companion courses in the English department called “Harry” and “Sally” that respectfully focus on deconstructing masculinity in literature and the changing role of women in 19th and 20th century lit. There is an entire course on Japanese Women Writers. There is also a course called “Nourishing the Soul and Spirit: A Philosophical Perspective” that boasts that it also awards one credit toward the school’s “social justice requirement.” The History department offers a course called “Jailhouse Nation: History of Crime, Punishment, and Mass Incarceration in the US.” The Math Department how has an 11th/12th grade elective called “Examining Media as a Mirror: A Statistical and Visual Approach to Deconstructing False Narratives,” for which Algebra 2 is a prerequisite. There are classes cross-listed with the visual arts department and biology. I want to go back to high school!